We have already seen a few cases of snake envenomation (snake bite) and we think all clients should be aware of the dangers of our animals playing with snakes. At the moment the snakes are starting to move around and bask in the warmth of spring and they are very aggressive at the moment and very poisonous. They are also sluggish, especially in the morning after a cool night, and they often are found sunny themselves trying to warm up. This means that dogs and cats will often “hunt them out” and then attack the snake – this can often cause huge problems for the dog or cat.

Despite a lot of beliefs, usually propagated by novels and films, the normal dog or cat that gets bitten by a poisonous snake does not die in the first few minutes and will often appear normal for up to 12 hours after being bitten. So, if you think your dog or cat has been playing with a poisonous snake but the animal appears normal – it does NOT mean that the animal has not been bitten. Please ring for advice and we will attempt to help you. To ignore the problem can lead to very big health 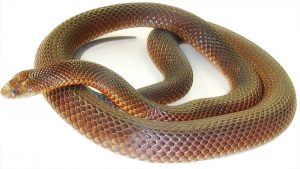 bills and possible death (or both). It also helps if you can identify the snake especially if the animal did kill the snake. Do NOT bring in a live snake into our hospital – our staff are not trained snake handlers.

Early intervention is more successful and less expensive then waiting until the animal is paralysed and needs special treatment to stop it from dying. So, if you think your animal has been bitten – ring us.